During a recent Twitter foray, I jumped into an ongoing conversation about where education is headed and the role that badges might play in where education is headed. The discussion stemmed from Kevin Carey‘s insightful and provocative NYTimes article, “Here’s What Will Truly Change Higher Education: Online Degrees That Are Seen As Official” (based on an excerpt from The End of College.) During that Twitter exchange, Anya Kamenetz (who has recently written The Test) was commenting on Carey’s book and mentioned that she felt that badges have been operating in—and will continue to operate in—perpetual beta. When I asked her why she felt this to be true, she tweeted, “I don’t see the value.” I tweeted back saying that badge value was prismatic. This post is an exploration of that position. 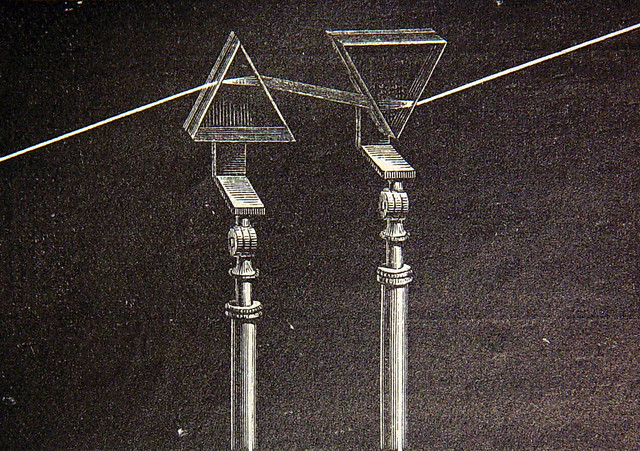 Traveling around the world over the last four years, introducing people to open badges and helping them to understand their possible and actual uses, I’ve had quite a bit of time to listen to questions about badge value. Followers of my blog know that I’ve written about value before here and here, and no doubt will again, but as for my thoughts on that subject right now, in Q1 2015, here’s where I am.

Value can mean so many things to so many people. Of course a generic dictionary definition exists but what does value mean in action? Exactly where does value lie? Just so we’re all on the same page here, here’s my view: value is a thing’s capacity to be perceived and interpreted as having some resonant meaning that translates into a degree of assumed importance. Still, that’s pretty fuzzy, right? That definition is somewhat academic and perhaps still difficult to apply. So let’s take this thing apart to see where the values (plural!) of badges reside.

My primary assertion: badge value is prismatic.
We can’t talk about badge value without talking about a badge’s audience because that’s where the possibility of value is first perceived and then created. Maybe wherever we see the word “value” we can just pop in the word “audience” right before it. That will help to remind us that value is derived by audience interpretation and therefore it is always contextual and situated.

Now, let’s make like Isaac Newton and compose an Open Badge Opticks so as to identify and demarcate the spectral components of badge value.

1. Personal value
First, and I would suggest foremost, badge value is initiated by the earner. This value, the one most often dismissed by critics, is perhaps the most important value of all. Badges represent skills, competencies, activities, and achievements but they also represent the person who has earned them. If by earning a badge, an individual gains greater insight into themselves and their abilities, then the value of the badge is extremely high. This consideration turns traditional learning / achievement on its head because it recognizes that the process of earning a badge can be construed as an intrinsically rewarding effort. So, one form of value is entirely dependent upon the perception of the earner.

2. Institutional value
Institutions that go to the trouble of issuing badges are betting that their badges have value. Another way to think of this type of value is as intended value. Indeed, badge issuing organizations seek to impart their values through their badges. It takes a commitment of time, money, and resources to develop and issue a badge, even more to develop a badge system, so issuing a badge that carries no institutional value is an exercise in waste. The vast majority of the badges currently in circulation have been designed to impart values representative of the issuing organizations.

3. Social value
The social value of a badge is complex. There are a number of ways that badges contain and contribute to social value, including: academic value; professional value; cultural value; and group value. I could probably write a few long paragraphs about each of these types of value but in the interests of brevity and because you’re smart, try thinking through those on your own. I will note, however, that somewhat perversely, the group value of badges appears to be the most under-appreciated of all of the possible values. Considering that society is predicated on the concept of in-groupness and out-groupness, this under-appreciation always strikes me as odd. Badges are indicators of community and consequently carry the values that are related to the communities in which they circulate.

4. Consumer value
We might consider the consumer value the strongest representation of exchange value for open badges. Consumer value might also be thought of as market value. We might ask ourselves, in what way does a badge, or a series of badges, enter the marketplace of conceptual exchange? Is it the same way that we understand the value of a service or good? In the past I have referred to badges as having different levels of currency: some badges might be considered the equivalent of a silver while other badges might attain the lofty levels of high-value paper currency. We’ve long argued that a freely operating badge marketplace will define consumer values over the long haul.

5. Generic value
Generic value is rooted in the desire for a standard exchange rate. Because of that it is the trickiest value of all to imagine and to calculate: within a shifting marketplace where exchange rates vary over time, it’s a challenge to define a firm basic unit of value. This is not unusual: our own monetary system is in constant flux—and our socially constructed understandings of degrees and certificates are as well. A BS from one college is not always equivalent to a BS from another college. Nonetheless, the public perception of badges and their value ultimately will be equated as a generic or system wide value.

Conclusion: a spectrum of value
So here are 5+ areas supporting the idea of prismatic representation of badge value. I sincerely hope that you can now feel comfortable in saying that badges have different perceptual values across their many audiences.

One last note, though, related to my first assertion. Here is its corollary: just as light has a spectrum that includes both visible and invisible properties, so does badge value. More on this in a future post addressing emergent value in and across badge systems.

Talk to me at cmcasilli [at] gmail [dot] com